Dax Terrill returned to U.S. Customs and Border Protection (CBP) in March 2021 as Chief of the Exclusion Order Enforcement Branch, Regulations and Rulings (RR), Office of Trade (OT). He previously worked for CBP in the former Intellectual Property Rights Branch (RR – OT) from October 2005 to July 2017. His primary responsibility as Branch Chief is the administration and enforcement of exclusion orders issued by the U.S. International Trade Commission (ITC) under Section 337 of the Tariff Act of 1930 (19 U.S.C. § 1337) and in this capacity oversees determinations, including administrative rulings under 19 C.F.R. 177, related to the applicability of exclusion orders. Mr. Terrill is also responsible for providing substantive advice and support to the U.S. Department of Justice and other U.S. government officials concerning intellectual property-based matters involving CBP determinations and actions when challenged in federal court, such as the U.S. Court of International Trade (CIT), U.S. District Courts, and U.S. Courts of Appeals, as well as certain issues before the U.S. Supreme Court that involve the intersection of intellectual property law and international trade.

Before his return to CBP in 2021, Mr. Terrill served as Assistant General Counsel in the Office of the United States Trade Representative (USTR). At USTR, Mr. Terrill worked in the Office of General Counsel providing legal advice to the different policy offices and defending the agency in federal court, particularly the CIT, against challenges to USTR actions and decisions. His areas of responsibility at USTR included intellectual property matters and trade remedies issues, especially safeguard measures. Moreover, Mr. Terrill was responsible for representing the United States in offensive and defensive dispute settlement proceedings before panels at the World Trade Organization.

Prior to his initial time at CBP, Mr. Terrill worked at a Washington D.C. law firm and within the Office of the Administrative Law Judges at the ITC. He received a B.A. from Mary Washington College and a J.D. from George Mason University School of Law, with a concentration on intellectual property law. 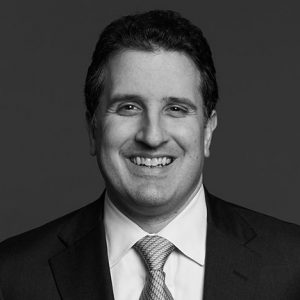 Robert E. Colletti is a partner in the firm’s New York office. He has an electrical engineering background and extensive experience in all aspects of patent counseling and litigation. Mr. Colletti has represented individual inventors, financial institutions, and companies that range from startups to large corporations regarding the procurement and enforcement of their intellectual property. He has litigated numerous patent infringement actions before federal district and appellate courts, as well as the International Trade Commission. Throughout his career, Mr. Colletti has represented clients in a wide variety of technologies including pharmaceuticals, semiconductor manufacturing, electronic and automotive technologies, and consumer products.